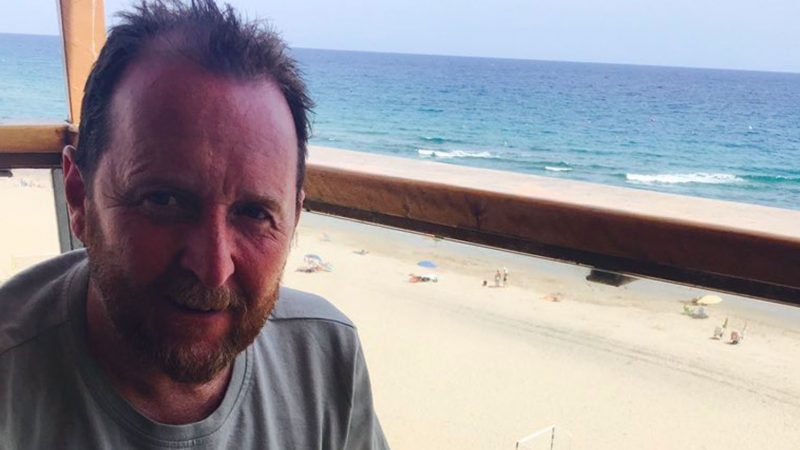 Steve Clarke likes to live life to the full. The general manager of House of Fraser at Gateshead Metrocentre loves cricket, football, house music and going on holiday. All was going well until 2016 when he suffered a deep-vein thrombosis after a long-haul flight. Six months later, Steve, then 47, experienced a massive blood clot on the brain.

After five weeks in hospital with cerebral venous sinus thrombosis (CVST), Steve was discharged and started to rebuild his life under the care of his general practice and treatment with the blood-thinning drug warfarin. He was soon back in the buzzy retail environment but finding it increasingly difficult to keep to his appointments at clinic with his shift patterns at work. As a consequence, his INR – a measure of how long it takes blood to clot – was frequently out of range, leading to more appointments and more disruption.

Steve was expressing his frustration on Twitter, where he had taken to raising awareness of his rare condition, and was spotted by a director at Health Call, the NHS digital health partnership, who introduced him to the remote monitoring service in County Durham for warfarin patients. Steve joined up and is living life to the full again.

Steve said: “Self-testing is a very simple and easy process. Having to attend warfarin clinic several times a month had become a real chore and was challenging to my lifestyle. I used to find it stressful leaving work at lunchtime, driving through traffic and finding a parking space at the clinic and then rushing back afterwards.

“Self-testing makes life much easier for me. It gives me control. I can test myself at home, work and on holiday. My time spent in ideal therapeutic range has increased dramatically. Although there is less face-to-face contact with clinicians, I am in regular contact with them and sometimes think they know me better than I know myself!”

On testing day, Steve takes his readings using a simple finger-prick blood test just before noon. He enters these into his mobile phone or iPad and they are safely and securely shared with his clinic. The whole process is complete within a few minutes. The clinic responds by email by late afternoon with any new dosing instructions and the date for his test. If any readings fall out of range – according to thresholds set by the clinic – alerts are generated and clinicians can intervene as necessary.

Steve added: “Self-testing is a massive benefit for someone like me with my lifestyle, working 10-11-12 hours a day. I’m 53 going on 23. It has helped me become more aware of my diet. My range doesn’t manage me any more. Self-testing has made me more able to enjoy my life, particularly on holiday.”

Tracy Murphy, Sister at County Durham & Darlington NHS Foundation Trust, which jointly created the self-testing service with Health Call, said: “The system is optional, although enthusiasm for it is very high amongst our patients. Primarily because it is much more convenient using this way, even for people who might not have access to smartphones or the internet.”

Ian Dove, founding director of Health Call, said: “It is wonderful to see the positive impact of this service on Steve’s quality of life, helping him to keep doing the things he enjoys at work, at home and on holiday while under the watchful eye of the clinicians who are on hand to provide care and advice when necessary.”

The first 200 patients on the service were evaluated for INR control after six months and again after 24 months. After six months, 70 per cent of patients saw their time in therapeutic range (TTR) improve by 20 per cent compared to six months before starting the pathway. The other 30 per cent maintained their TTR. The average TTR across the group improved by 16 per cent, from 59 per cent to 75 per cent. After 24 months, the group’s TTR remained high over the period and increased slightly to 76 per cent.

The findings and subsequent reduction in adverse events is consistent with INR self-testing patients globally. Patients in standard INR care have an incidence of thromboembolic events of 2.6 per cent per year, whereas for patients that self-test, the incidence of events halved to 1.3 per cent.

The underlying technology is provided by Inhealthcare, a UK-based market leader in remote patient monitoring and digital health services.