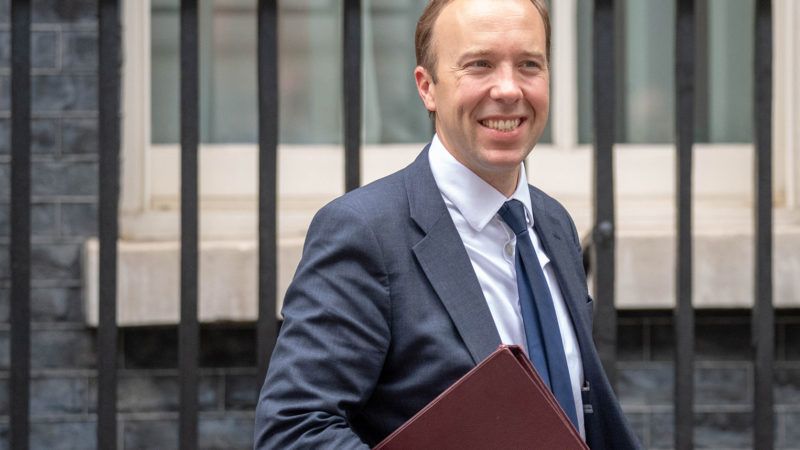 At last, the Government seems to be waking up. It has been a difficult journey to date for the small businesses trying to bring home-grown advances in science and research to Britain’s health and care system. Getting our breakthroughs adopted at a scale to make a difference is a big and, for some companies without sufficient resources, an impossible challenge. You can imagine the collective sense of excitement, then, in response to the new Health Secretary’s ambition to “harness the power of people’s innovation” and create the most cutting-edge system in the world for the use of technology to improve health.

Addressing the annual NHS Expo in Manchester earlier this month, Mr Hancock vowed to bring his “unsurpassable enthusiasm” for tech to the NHS and warned the assembled apparatchiks that the biggest risk was not driving digital transformation in the services they oversee. Britain is a nation of enthusiasts and will need plenty in its largest employer to deliver the changes that Mr Hancock desires.

The size of the prize is considerable, not least in terms of improving the quality and quantity of health and social care at the point of delivery. The Health Secretary rightly understands that Britain has the chance to build on its international reputation for science and research and lead the world in the emerging sector known as HealthTech, in much the same way as it has in financial services and FinTech. Doing so could contribute massively to the nation’s prosperity, added Mr Hancock.

I couldn’t agree more. In fact, I said as much when I gave evidence to the House of Lords Science and Technology Committee and its inquiry on life sciences and industrial strategy last October. I told the Lords that tens of thousands of new jobs could be created in Britain’s life sciences sector if the Government reforms the market for healthcare innovation. Billions of pounds of revenues would be generated for the UK economy if the NHS can successfully embrace new health technologies. Widespread adoption would also free up huge amounts of capacity within the health and care system, allowing doctors and nurses to spend time on patients who need care the most.

Getting this right could deliver a huge economic boost to Yorkshire and the North East, which have a significant concentration of health and life science businesses as well as world-leading universities and some of Europe’s best hospitals.

No-one can pretend all this will be easy. Indeed, as Mr Hancock himself noted, only 10 per cent of the challenge is in the tech; 90 per cent of the challenge is in the culture. He illustrated this point last weekend with a social media message in support of the ‘GP at Hand’ app from Babylon Health, which led to disapproval from a number of medical figures who were concerned at the Health Secretary’s ringing endorsement of a service still awaiting evaluation. I suspect there will be more friction in the future as a result of Mr Hancock’s reforming zeal and mantra of “adopt, iterate and improve”.

Collaboration is key to overcoming this. We are making great progress in the North East through the Health Call partnership with six NHS trusts that allows clinicians to quickly design new digital health and care services and roll them out across a population area of three million people. We told Mr Hancock about Health Call during a meeting after NHS Expo and he expressed  an interest in its ability to “promulgate” innovation across the NHS. You can expect to read more about this in the coming weeks as we bring our platform in London after successful deployments in Scotland, Northern Ireland, the North of England, the Midlands and the Home Counties.

With all the uncertainty that Britain faces over its future, the opportunity that HealthTech presents must be grasped. Mr Hancock is totally right when he asserts that Britain has the chance to lead the world in HealthTech and possesses “the world’s biggest opportunity for saving lives through modern technology”. With their renowned teaching hospitals, universities and tech sectors, northern cities like Leeds and Newcastle can expect to capitalise with new growth, new jobs and new tax revenues as the digital revolution arrives in health and social care.