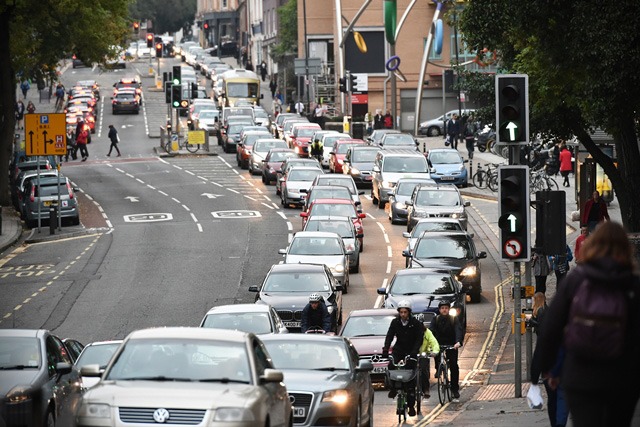 Sixteen major cities in the UK were this month given a final warning that unless real improvement was made in air quality they would face large fines from the EU. As you would expect, this led to calls for more funding from the tax payer for schemes and powers to penalise the drivers of cars. In the region I live in the local authority, amongst other steps, has purchased 50 electric vehicles and has started a cycle super highway. Great ideas I am sure, but surely reducing the need to travel needs to be addressed.

According to the NHS, more than 90 million people attended outpatient appointments in England last year. That equates to 247,000 journeys a day, a sizeable number of which will have been made by road (and I suspect by diesel-powered vehicles).

Many of these outpatient appointments will be routine check-ups that take just a matter of minutes but require people to travel long distances to attend. Instead of attending in person, surely it would be much more sensible to take advantage of existing technology that allows people to self-test at home and transmit readings safely and securely to their clinics?

This approach of reducing outpatient appointments, which we are successfully pioneering, could remove the need for tens of millions of road journeys a year, which would make our towns and cities cleaner, safer and easier to navigate. It would also have a very positive effect on economic productivity by reducing vast numbers of unnecessary appointments and time off work.

Perhaps the decision-makers in our hospitals and councils might like to seriously consider this solution before the UK finds itself in the European Court of Justice over persistent breaches of nitrogen dioxide levels.