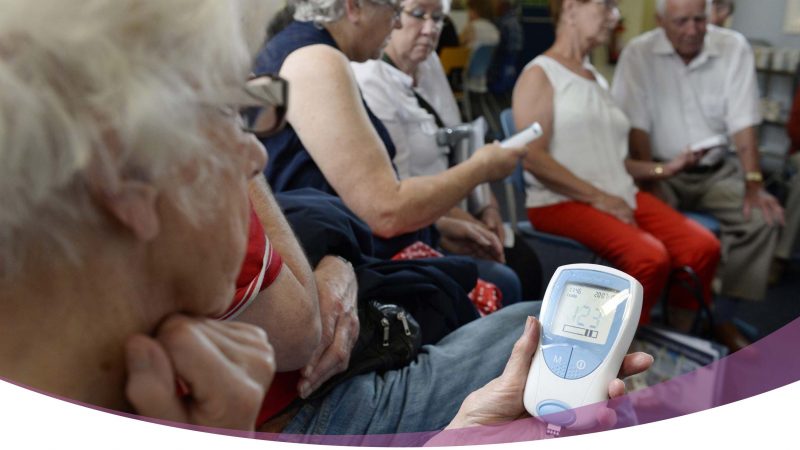 In June 2015, Inhealthcare partnered with Wigan Borough Federated Healthcare on the rollout of an INR self-testing service for warfarin patients in Wigan. With an estimated 3,250 patients on warfarin in Wigan, the service is available to all patients in the region, bringing convenience to patients and reducing the need for clinic visits.

Patients interested in joining the service call a dedicated telephone line or submit their details via the website: www.warfarin-at-home.co.uk. They are then given a call back by a nurse and booked into one of the practices within the Federation delivering the service.

Patients attend clinic for training on how to use a Roche self-testing device, how to take a blood sample and how to send in their readings and receive their new dosage using technology.

At the initial rollout of the service, train the trainer sessions were carried out by Inhealthcare and Roche nurses, ensuring the Federation’s nurses were confident in delivering training. To kick-start the project, Inhealthcare and the Roche nurses also delivered training directly to patients.

As of March 2019, 208 patients were using the self-testing service.

Patients are provided with a Roche self-testing device and lancets to take their bloods. They choose whether to submit their readings via an automated telephone call or online. The dose is calculated in clinic, recorded in their patient record and relayed back to them.

The service is convenient for patients, enabling them to manage their INR (international normalised ratio) at home, at work and even abroad.

“As someone who found it difficult to attend clinics due to pain levels, the service has been a Godsend to me. It also means my wife doesn’t need to take time off work to take me to my appointments.”

“The staff at my GP surgery have been really supportive, especially at the beginning when I struggled a little to use the self-testing kit.”

Dr Alastair Thompson, a GP at the Federation, said:

“Getting patients to self-manage is key because it improves the effectiveness of medication. It also increases collaboration between clinicians and patients, which leads to better health outcomes.”

Best known for their heroics on the field, the Wigan Warriors stars turned their attention to help promote the new NHS service to warfarin users in the town.

In July 2016, the NHS service was promoted at a series of Wigan Warrior matches. This included handing out flyers with information on how to join the service and an invitation to a free to attend awareness lunch on the grounds a few weeks later.

Training was provided to the attendees including how to use the Roche kit, how to take a blood sample and how to use the technology to relay the reading back to the clinic. Roche nurses and Inhealthcare staff were on hand to answer any questions. Around 40 warfarin users attended the patient awareness day.

“We are at the heart of the Wigan community and we will do whatever we can to promote health and wellbeing in our town. We use all sorts of clever technology to monitor our fitness at the Warriors and we encourage warfarin users to find out about this new home-monitoring service.” Lewis Tierney, an up-and-coming full back and winger

Seventeen years ago John Binks was diagnosed with deep vein thrombosis and was put on warfarin for the rest of his life. At that point John’s health was placed into the hands of the nursing staff at his GP surgery in Wigan. He was desperate to learn what all the medical terms meant and really understand the implications of taking warfarin.

John, 84 years old, was enrolled onto the digital warfarin home monitoring service in Wigan by his local GP in 2015. Since then he has been using the email function to submit and receive his results from the clinic and believes this has increased the convenience in his life. Not only has the home monitoring service given him a sense of normality back, but it has also helped him to understand his condition. John has become an ‘expert’ patient and the increase in self-confidence has meant his time in therapeutic range has continued to be stable. He feels liberated from the busy waiting rooms and the nurses are proud of his independence and stable health.

“Self-testing and being connected to the surgery has provided me a lifeline in achieving positive and productive outcomes in my personal health. The service is as easy as making a cup of tea and I encourage all to give it a go.”

At 19, Danny Taberner was recovering from testicular cancer when he suffered a pulmonary embolism. Danny was determined to overcome the setback and follow his dream of going to university to read civil engineering.

Now 24, Mr Taberner has gained two degrees in the subject and is pursuing his ambitions as a civil engineer. He was able to combine studying for his graduate and master’s degrees with treatment for his condition thanks to the digital health service.

“Self-testing gave me the freedom to work here, there and everywhere without having to go to the clinic. The service allowed me to enhance my career and pursue my ambitions as a civil engineer.”

As of March 2019  the self-testing service was being used by 208 patients with the Federation keen on further increasing this number. Through promotional activities such as the Wigan Warriors sponsorship, the patient awareness lunch and PR, the number is steadily increasing. Other activities such as writing to all GP practices in the region has also helped increase users.

The Federation is looking into introducing the My Inhealthcare app which will enable patients to submit readings via a smartphone app available on iOS and Android.

The service has received excellent feedback from patients. It has removed the hassle of getting too appointments, especially for those that have work commitments or difficulty with transport.

The perception from staff at the Federation is that TTR has improved for the patients on the service however with no previous data to compare it to, there is no evidence to support this.

Our perception of the remote monitoring is that outcomes have improved both in terms of improved TTRs and patient experience. Patients no longer have to attend clinic visits in their own time and self-management plays a huge part in giving patients knowledge of their condition.