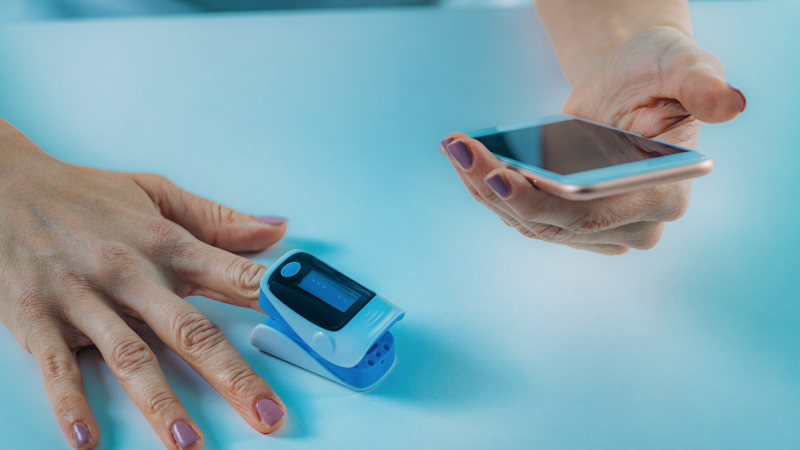 Supported self-monitoring of patients with Covid-19 at home is reassuring to patients, acceptable to clinicians and can detect important signs of deterioration, according to new research involving Inhealthcare’s technology.

The study was led by Brian McKinstry, a general practitioner and emeritus professor of primary care e-health at the University of Edinburgh. Its aim was to design, implement and evaluate a tele-monitoring system for people with Covid-19 who are self-managing at home and are considered at significant risk of deterioration.

A multidisciplinary team developed a tele-monitoring protocol using Inhealthcare services to record symptoms, pulse oximetry and temperature. If symptoms or physiological measures breached targets, patients were alerted and asked to phone for an ambulance or seek advice.

Patients attending Covid-19 assessment centres who were considered fit for discharge but at risk of deterioration were shown how to use a pulse oximeter and the monitoring system to record and share readings twice daily for a fortnight. They had a choice of communication channels: Inhealthcare app, SMS text message or telephone landline.

The report said: “Ideally, tele-monitoring systems should work across a range of mobile phones, tablets, and computers, and they should link to health service systems using open standards so that the service obtains timely robust data, which are critical to managing workload. Tele-monitoring systems that require patients to subscribe using their own smartphones or tablet PCs could exclude more vulnerable people, such as older people and those experiencing more poverty, who are less likely to have a smartphone or internet access.”

Two Scottish health boards, one rural and one mixed rural and urban, took part in the pilot service. Researchers investigated the first 116 patients who used the service. All people interviewed who used the remote monitoring system described it as “easy” or “straightforward” and said it provided reassurance or “stopped you worrying” and endorsed its use by others in the same position. Most of the professionals who used the system said they found it to be useful and easy to use.

In conclusion, the report said: “Supported self-monitoring of patients with COVID-19 at home is reassuring to patients, is acceptable to clinicians, and can detect important signs of deterioration.”

The conclusion also recommended the importance of early investigation and treatment of asymptomatic hypoxia be emphasised with patients when they are initiated onto the service and in the warning messages they receive. The full report can be found here.

Remote monitoring has become a very important tool for the NHS in supporting the many Covid patients who are considered fit for discharge but at risk of deterioration. The ‘virtual wards’ we have built with clinicians during the pandemic are being expanded to help care for people with other conditions as part of the digital transformation of the NHS.